The third iteration of the Renewable Energy Directive (RED) published today seeks to lend its support to the European Commission’s Fit for 55 package and strengthen goals to decarbonise energy sources.

The transport sector remains one of the most challenging to decarbonise. Despite small year on year improvements, the vast majority of the EU has fallen far below the 10% target share for renewable energy, settling at an average of around 8,4% in 2019[1]. The sharp-witted team at Eurostat recognise that the majority of these hard-won percentage increases are in fact mostly attributable to biofuels.

It is great to see that RED III has introduced ambitious decarbonisation targets for the transport sector, up from 14% to 26% of renewables in the energy mix. Yet the Commission continues to limit itself. We have a sector that we are struggling to decarbonise, we have a solution which is working better than any other currently available to us, and yet we are raising our targets whilst also capping the one solution that works. In any other situation we would be calling a foul, and yet here we are for the third time with a 7% cap on biofuels.

How did we end up here?

The Commission had also already considered the reduction potential of GHG emissions in RED II and has taken steps to make this more impactful in RED III. The transport sector now has a 13% GHG intensity reduction target, which shows intent to recognise the benefits alternative fuels have to offer.  Taking sugarcane ethanol as an example – it has a CO2 reduction potential of around 77% compared to fossil fuels. Look to São Paulo, a crowded and busy city, having used ethanol biofuels for over 17 years, it has 5 times less particulate matter in air than other cities of the same size. Biofuels also allow us to begin decarbonising the cars already on our roads. Simple, but almost immediately effective.

Advanced biofuels were already promoted in existing RED iterations and it’s understandable to want to see their share of the pie grow. The increased subtarget of 2.2% by 2030 goes some way to support this, however; how this is expected this to happen however in the context of unchanged stringent caps on existing biofuels is hard to understand. IRENA clearly pinpointed regulatory uncertainty as the most important impediment to investment in advanced biofuels back in 2019[2], and yet here we are again. Ultimately, getting the framework right for first generation biofuels is a precondition if we expect market ready second-generation biofuels in the near future to deliver on the targets the Commission wants and needs.

The introduction of a credit mechanism to promote electromobility is perhaps the most exciting aspect of this directive’s revision. Fuel suppliers will be under new obligations to support the GHG intensity reduction targets for transport, and one of the ways they will be able to meet this is through purchasing ‘credits’ from operators that supply renewable energy to public electric vehicle charging stations. The theory sounds interesting – the practice could be even more so. In Brazil, the CBIO green bond market is already thriving. Biofuel producers certified by RenovaBio are allocated CBIO credits based on the volume of CO2 they have avoided being emitted into the atmosphere, considering their full production process and supply chain. If the European Commission is looking for a way to incentivise the advanced biofuels they are so supportive of, they could do worse than to look to Brazil. The sale of these CBIOs is already leading to direct re-investment in the sector.

Published within the context of a region still smarting from the ongoing impacts of coronavirus, the third revision of the Renewable Energy Directive also seeks to showcase acknowledgement of the Just Transition Fund and bring a certain regional sensitivity within its ambitious target setting. Whether the Commission wants to openly accept it or not, biofuels are in fact their strongest ally in decarbonizing transport in the regions identified by that fund as most dependent on fossil fuels – by addressing their existing fleet of road vehicles.

An opportunity to trust in, and expand, the sustainability criteria built into RED III does seem to have been missed. The definitions continue to be limited by debates which have long since been disproven or rendered obsolete, including the one around ILUC, otherwise known as ‘food vs fuel’. This one-track focus also neglects other critically important factors. What about the public health impact a renewable energy source has, its impact on air quality or simply its ability to reduce our dependence on fossil fuels? The continued limitation on biofuels such as sugarcane, that meet all the criteria, by placing a general 7% cap is a hangover.

There is very little time left to 2030 and road transport can only contribute its share if existing cars can lower their CO2 emissions as well. This can only happen through low carbon fuels, of which biofuels remain for now the best available option at scale. RED III showcases progress but falls short of meeting our hopeful expectations. 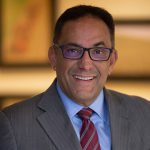 Former Senior Economist and Cluster Leader for agricultural and environmental programs at the World Bank in Washington (from 2003 to 2007), he joined UNICA in October of 2007. Prior to that, he was the head for agricultural and agroindustrial products at the Brazilian Ministry of Economics from 1999 to 2002. A former head of the Economic Department at the São Paulo State Federation of Agriculture (FAESP), he was also a Senior Researcher at the University of São Paulo’s Institute for Economic Research (FIPE). He holds a BA in Agronomic Engineering, a Master’s degree and a Doctorate in Applied Economics from the University of São Paulo’s Luiz de Queiroz School of Agronomy.