Can sugarcane drive the circular economy for plastics?

Many people still see waste as the biggest challenge facing plastics, yet too often the issue of sustainable sourcing is overlooked. Building towards a net zero circular economy means developing high quality recycled feedstock, but it also requires a fresh look at how biomass could pick up some of the inevitable shortfall in virgin resin.

Perhaps Europeans can learn the lessons from Brazil, where the effort to build a renewable and sustainable agri-chemistry sector in the late 1960s has had far-reaching consequences, notably in the plastics sector.

When Brazil first began discussing the idea of a National Alcohol Program (“Proalcool”) the aim of the scheme was to stimulate the cultivation of sugarcane, but also support the expansion of the value chain around it, including the mills and distillers, so that together they could produce a cheaper, greener fuel: bioethanol. From its launch in 1975, in only 10 years the program made Brazil a leader in sugar and ethanol production worldwide.

While agribusiness and bioethanol has since revolutionized the way cars operate in Brazil, it has also become a feedstock (source material) for polyethylene (PE). For over 10 years now, sugarcane has been reliably and responsibly grown to make a bioplastic.

Biobased, Biodegradable, or both

It’s at this point that we should stop to consider what a bioplastic really is. The term has got quite a few people confused. It can actually mean different things. The official definition is: a plastic that is biobased, biodegradable, or both.

First, a bioplastic can be biobased, that means: wholly or partially made from biomass. There’s no real biobased content threshold here, the standard simply requires materials claiming to be biobased to be able to prove it, usually through carbon-dating. If the carbon is old, it’s fossil (oil). If the carbon is young, it’s biomass. All companies who place biobased materials onto the market must go through this process in order to uphold their claim.

Next, biodegradable, or in practical terms: compostable. This means that the polymer will degrade within a specific time-frame within industrial composting conditions. Again, there are standards which materials claiming this functionality have to be tested against.

Lastly, some bioplastics are both biobased and biodegradable.

Because the term covers a wide range of different materials it has come to be used quite generally – it is more a catch-all to describe a sector that is small, yet growing year-by-year. Whilst the materials under the “bioplastic” umbrella make up only a fraction of the total plastics produced each year, they are considered to have great potential within the circular economy concept.

That leads us to the question: why go biobased? Generally speaking, products made from biobased feedstock, such as sugarcane, have a significantly reduced carbon footprint, when compared to conventional fossil alternatives. In a world that is facing a climate emergency due to global warming, demonstrating that you are substantially reducing the emission of CO₂ into the atmosphere can be an effective selling point.

How is the carbon footprint so low? Or, indeed, why is it lower than the fossil option? Well, during the lifecycle of the sugarcane plant, it absorbs CO₂ from the atmosphere and sequesters it. Nature’s miracle is photosynthesis: the process by which plants transform light energy to convert water, carbon dioxide and minerals into oxygen and other compounds.

This “carbon saving” is perhaps the main reason for global multinational brands to opt for a material like bio-PE. But it’s not the only reason. Bio-PE is a so-called “drop-in” solution – the material reacts like regular (fossil) polyethylene, one of the most prevalent plastics on the market today. That means it can enter facilities and be fed into existing PE conversion machinery without expensive and time-consuming tweaks.

Not only that, PE is a material which can be used in a wide range of different applications and sectors. Having the ability to “green” many types of packaging is incredibly attractive. The material is being used to make shampoo bottles, artificial grass, toys, bags and so on. When wedded to a recycling stream or closed loop system you are approaching the peak circularity on the market today. Only PET, which can also be biobased, offers a comparable or higher combination of renewable sourcing and recyclability.

So bio-PE, which begins its life as a sugarcane plant in Brazil’s Centre South Region, is now available in supermarkets in North America, Europe and Japan. Can this be good for Brazil, or the planet? Many people ask this, concerned that the use of land may impinge on areas of biodiversity such as the Amazon or the Pantanal, or have negative or indirect consequences. And eyebrows are further raised when people consider sugarcane to be a food crop – shouldn’t we be feeding people rather than making plastics?

It’s crucial to the sugarcane industry, and to its downstream customers, to get these answers right. The plastics value chain, so often in the firing line for the sensitive issue of marine pollution, could ill afford to get it wrong.

While fuel use makes up the vast majority of bio-ethanol use, plastics account for roughly 1,5%. And whilst the volumes may seem considerable, the production of biobased plastics amounts to 0,02% of Brazil’s total arable area.

Companies sourcing from sugarcane often set up their own codes of conduct, which assess the practices of the farmers. The aim here is to build a picture, and to be able to year-on-year track whether progress is being made on a variety of issues: water use; pesticides, what sort of land farmers are expanding into etc. Codes of conduct are used to set a baseline of rules and standards, and drive compliance across the supply chain. This approach has both an environmental and social dimension, making labour conditions an important consideration. Often, in order to strengthen the uptake and credibility of the code of conduct, these are independently audited. A subsequent and necessary next step is third party certification.

However, the tool most often relied upon to measure the impact of materials is Lifecycle Assessment, or LCA. The process is thorough, peer-reviewed and evidence-based. Here, companies can, not only underpin their environmental claims, but also measure progressive improvements over time.

LCA is now a common practice with sugarcane. Whether for fuel products or plastics, the sustainability across the whole supply chain and production process is analysed. The tool gives a readout on not only the carbon footprint of the material, but also the trade-offs.

It’s worth stopping to consider something important here. If we want to decarbonize industrial processes, decoupling them from fossil resources, a significant proportion of the shortfall will have to come from biomass. Right now it’s possible to say that production of certain food and feed crops are able to help bridge that gap. LCA tells us that this is possible in a sustainable way. LCA is pointing us in this direction.

The data reveals that the agricultural and biochemical processes are working in tandem. The polymer’s excellent LCA carbon footprint is complemented by a responsible harvest and a circular conversion process, designed to maximise the value of every co and bi-product. Examples of this include the development of organic cane production technology, ceasing sugarcane field burning, relocating workers from field cutting activities, reducing atmospheric CO2 emissions. At the mill, effluents and wastes are transformed into high-value inputs (e.g., vinasse, filter cake, and others).

The success of these practices has driven the sector to invest in so-called second generation ethanol, which will capture value from sugarcane waste.

I mentioned earlier that Bio-PE is being used in a wide range of applications. It’s also being used by large and reputable multinational companies, who have carried out their own due diligence on the material. These companies often consider the use of biobased plastic as an important pillar in their current or future strategies to decouple from fossil resources.

Bio-PE’s versatility means that it is suitable in applications as varied as shampoo bottles and beverage cartons. The move towards mono-material solutions can be enhanced by a material which has good barrier properties, and works well within food grade packaging solutions. Polyethylene can serve the rigid market, and is also the most widely used polymer in flexibles, with LDPE the most common plastic sheeting.

Furthermore, research shows that consumers respond well to biobased plastics. Whilst the awareness and understanding of biobased plastics could still improve, in general the response is overwhelmingly positive. This is the same in Europe as it is in Brazil.

In some sense then, biobased and recycled plastics are two sides of the same coin. They both point to how we can build a new plastics economy, reliant on renewable carbon. If sugarcane does anything for the plastics industry, it should act as a signal that a sustainable and circular biobased feedstock can play a role in greening the planet.

If the European plastics sector is committed to going circular and carbon neutral by 2050, many things will have to change. Who could be a better teacher than Mother Nature? She recycles everything after all. We must be guided by her when it comes to the use of natural resources too. 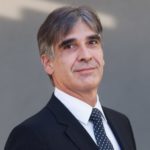 Chemical Engineer with MBA, 30 years in the petrochemical industry, being the last 20 years working with Braskem in different businesses. Currently, Vice-President for Olefins/Polyolefins Europe and Asia and CEO for Braskem Netherlands BV. Responsible for Braskem International Holding in The Netherlands, Global Chartering and Feedstock Trading, Industrial and Commercial operations in Europe and Asia, and the Global Management for the Green Polyethylene business.